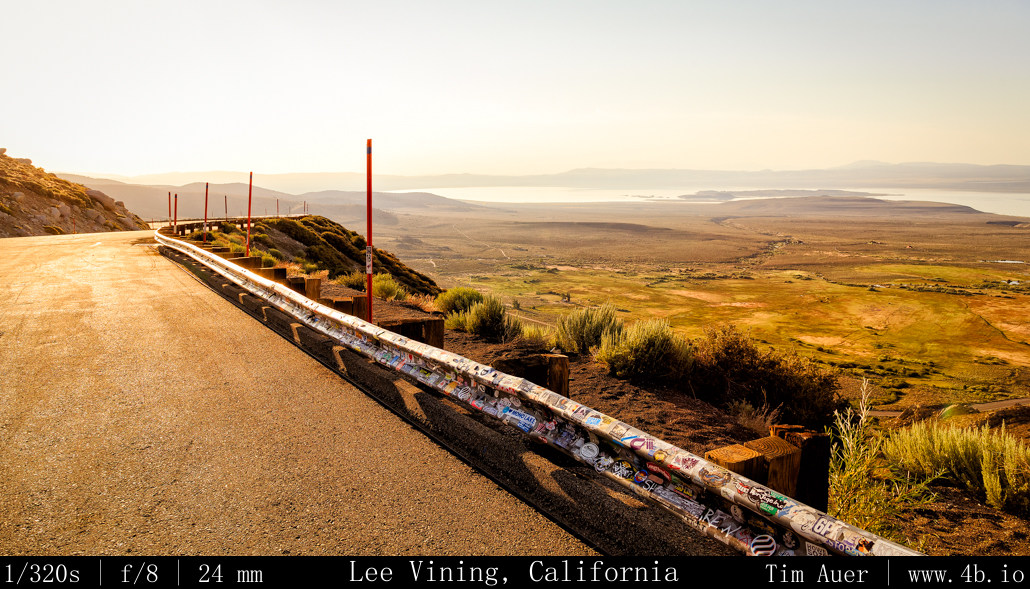 July Fourth Weekend Photo Road Trip to the Eastern Sierra Nevada: The Dismal Side of the Sierras, Part 1

see maps below for details

To be clear, there is nothing “dismal” in the conventional sense about the backside of the Sierra Nevada, its my preferred side.  This region, from Mono Lake through the Owens Valley to Lone Pine, is a special, timeless place, like nowhere else I have ever visited.  I call it “dismal” because this rain shadowed strip of land, flanked on both sides by 14,000 ft. peaks, is a harsh and unforgiving environment, dotted with ghost towns, sage brush, salty alkali lakes, rattlesnakes, and tumbleweed.  Surviving here is not a trivial undertaking, and most humans are not up to the challenge, as evidenced by the ghost towns.  Yet in the midst of such adversity, life exists, sometimes thrives.  The ancient Mono Lake, sometimes called a dead sea, teems with life.  The Earth’s longest lived organisms are found here, the Bristlecone pine.  Some of these spectacular trees took root in the nutrient poor dolomitic soil of the White Mountains hundreds of years before the first pyramids of Egypt went up, and still hold onto life to this day.  Of course, not all Bristlecones last over 5,000 years.  There are special considerations to account for such longevity, but it might not be what you expect. Lower elevation Bristlecones, with the relatively abundant resources, are not nearly as long lived as their resource scarce brethren at 11,000 feet.  The longest lived of the Bristlecones do not survive in spite of their harsh environment, but because of it. The weathered towns and dry landscapes even appear sepia-toned, accentuating this timeless feeling.  All of these factors distort our perception of time, creating a sensation of time-travel when visiting this part of the world.

A few days before

I scouted locations in the Eastern Sierra Nevada that I felt would be interesting to photograph, with an emphasis on time-lapse, long exposures, and Milky Way/astrophotography.  I loosely developed a route, taking into consideration ways to best optimize the lighting conditions at each location.  The plan was not set in stone, and flexibility was key.  I had no reservations, nor had I researched hotels or campgrounds.  Not that anything would be available last minute Fourth of July weekend.  The plan was to sleep in my car as much as possible.  Hotels and campgrounds offer conveniences that may distract me from my photography mission (photographing the night sky). In my opinion, the 2 or 3 hours spent in a hotel room would be a waste for someone staying out past 01:00 and rising before sunrise.  Plus given my nature, I knew I would be less likely to rouse at 04:00 to catch the sunrise while snug in a hotel room bed.  To combat my inherent laziness, I resolved to “sleep” as close as possible to the sunrise locations.  I call it “sleep” for lack of a better term.  It would more accurately be described as a nap between 01:30 and 04:30.

The month of July is a great time to photograph the Milky Way. There are a couple reasons for this.  The first being it is the height of summer in the Northern hemisphere, and the sun follows a more northerly path, setting in the north west.  Therefore, the darkest sky will be in the South-East, opposite the sun. This piece of sky happens to be roughly where the most concentrated piece of our galaxy is  at sundown.  The Milky Way can be found at the horizon In a South-South-East direction, in-between the constellations Scorpius and Sagittarius.   The sky opposite the sun receives less lingering twilight, darkens quicker, and reveals the Milky Way at the horizon.  The other reason is the waning crescent moon wouldn’t rise until after 03:00 this weekend. The perfect combination for dark skies!

As my reference points for my composition, I used the constellations Scorpius and Sagittarius, plus the position of Saturn, which reveals itself earlier than the stars and was roughly due South.

Additionally, I hoped to visit some cultural sites in the area to complement the nature scenes.

To further my understanding of the Eastern Sierra skies, I studied the position and movement of the stars using the open-source Stellarium software.  I plugged in the latitude and longitude of the locations, adjusted for elevation and let it play, introducing myself ahead of time to what I hoped to witness in person.  This knowledge was key in my scouting exercises.