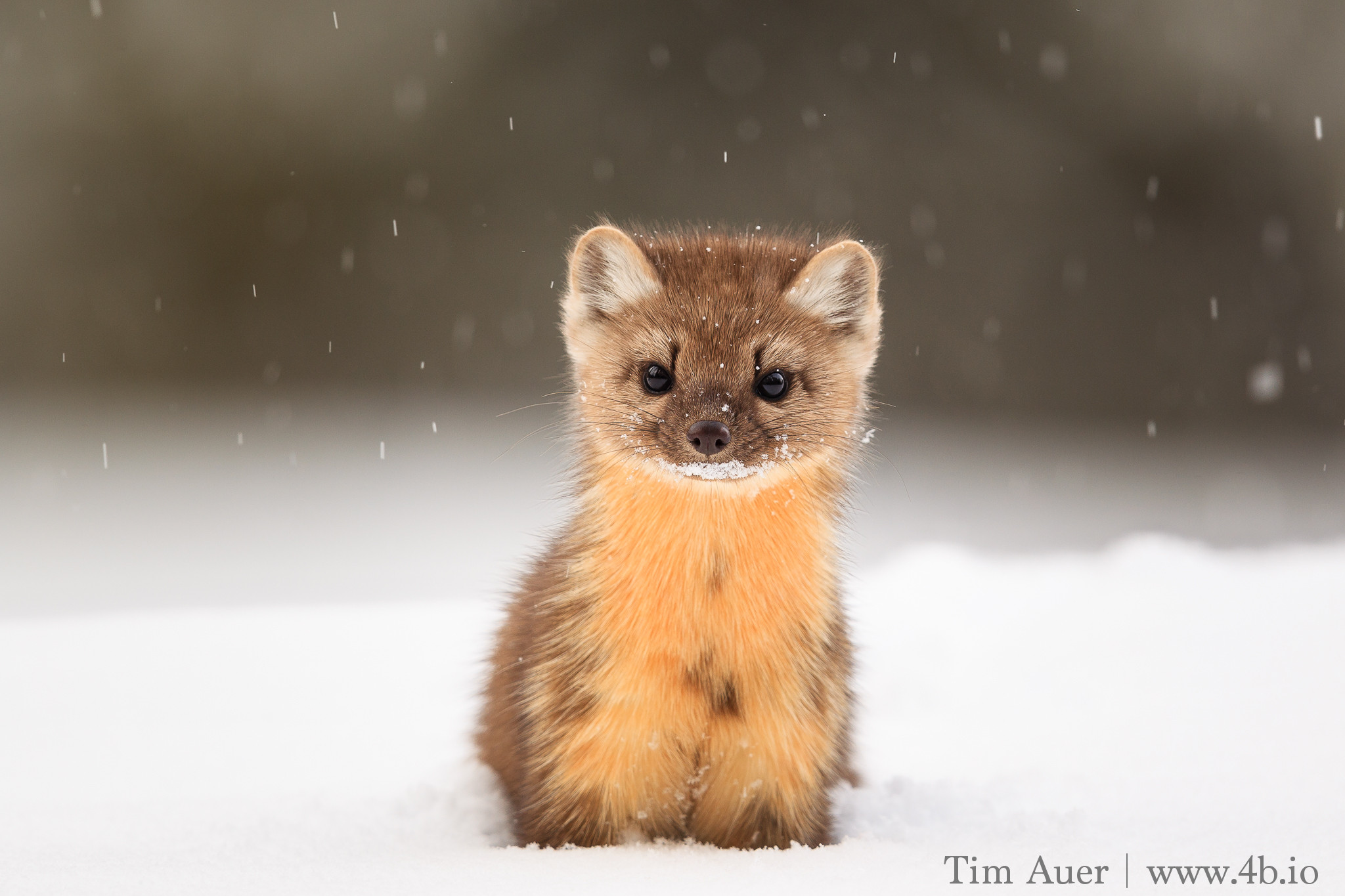 I am proud to announce that I received Highly Honored in the Wildlife category of the 2015 Windland Smith Rice International Awards Photo Contest by Nature’s Best Photography. This photo of an American Marten is one that I am particularly proud of capturing; and to receive this distinction makes the experience even more special to me. On top of that, getting this news is a great way to celebrate my 32nd birthday!
Please read the description below for more details behind how this photo was created:
——
Eye to Eye: American Marten 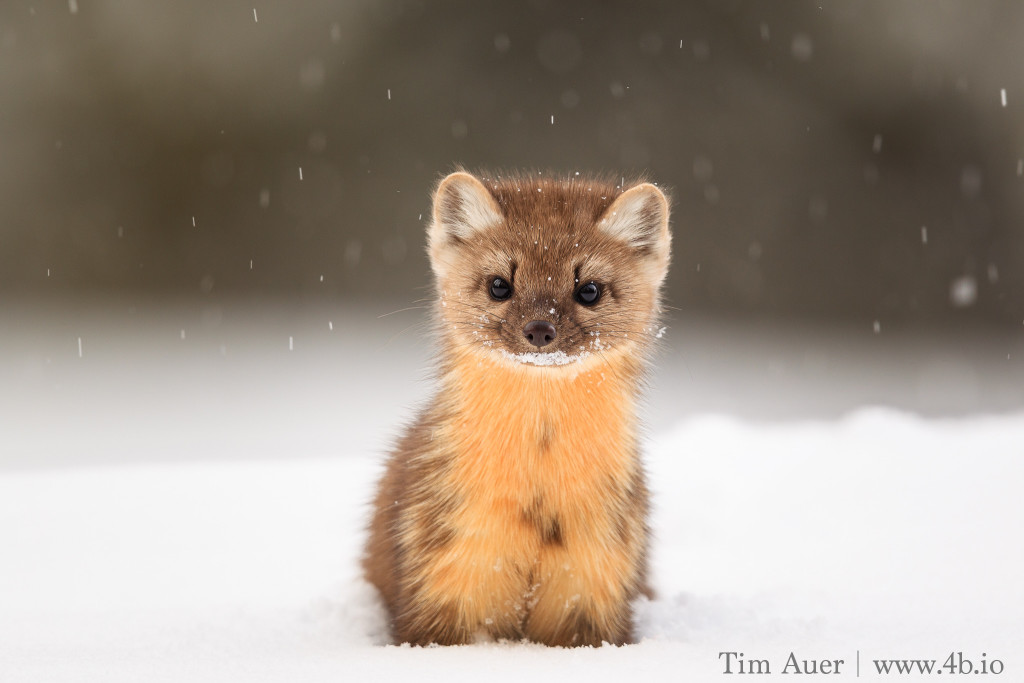 The story:
Look closely into this marten’s eyes. If you look carefully, you can see the reflection of the forest scene before it.

A curious and playful species, the american marten is not an easy animal to photograph. It is small and fast with an ability to vanish as quickly as it appeared, and certainly won’t wait for you to switch to your telephoto lens. If a wildlife photographer wishes to capture this species in its natural habitat, s/he needs to be prepared upon encounter..

As is typical of special wildlife photos, this image is the result of preparation, and a bit of luck. While snowmobiling through Yellowstone, I stopped for a break near the Swan Lake Flat. Fortunately, my camera setup was optimal for such an encounter: 600mm F/4 +1.4x Extender, giving 840mm focal length. I had driven the snowmobile with this camera+lens on my lap all day, which, given the size of this kit, is no easy task to do while handling a snowmobile. But having it immediately available during the few brief seconds the marten was in sight made this shot possible. The marten bounded with ease on top of the 4 ft/1.5m deep powder snow, and appeared to play peek­a­boo from behind trees, while I post­holed clumsily behind it, keeping the lens barrel above my head to keep snow out. It was not easy to get into shooting position with such deep snow, in fact it was exhausting. But as I crouched deep in the snow, at eye level with the marten while flakes of powder snow fell softly, I clicked this sharp result.

The American Marten is classified as a furbearer by most of the state wildlife agencies in its distribution, but fortunately, several of the states it calls home do not have a trapping season for it. Still its presence is an important indicator of the overall health of its forest ecosystem. It requires a rather large home range for a mammal of its size, and its home range has been shown to vary as a function of prey abundance (Thompson and Colgan 1987) and habitat type (Soutiere 1979). In clearcut areas it requires 63% more area than it does in uncut or sustainably harvested forest land.

Outside of those in the fur trade, not many people are familiar with this member of the weasel family. In fact, many people, when they see this photo, have confused it with a baby fox. I hope by showing this snow-moustached portrait of the American Marten in gentle natural lighting, people will begin to recognize the species in a new light.