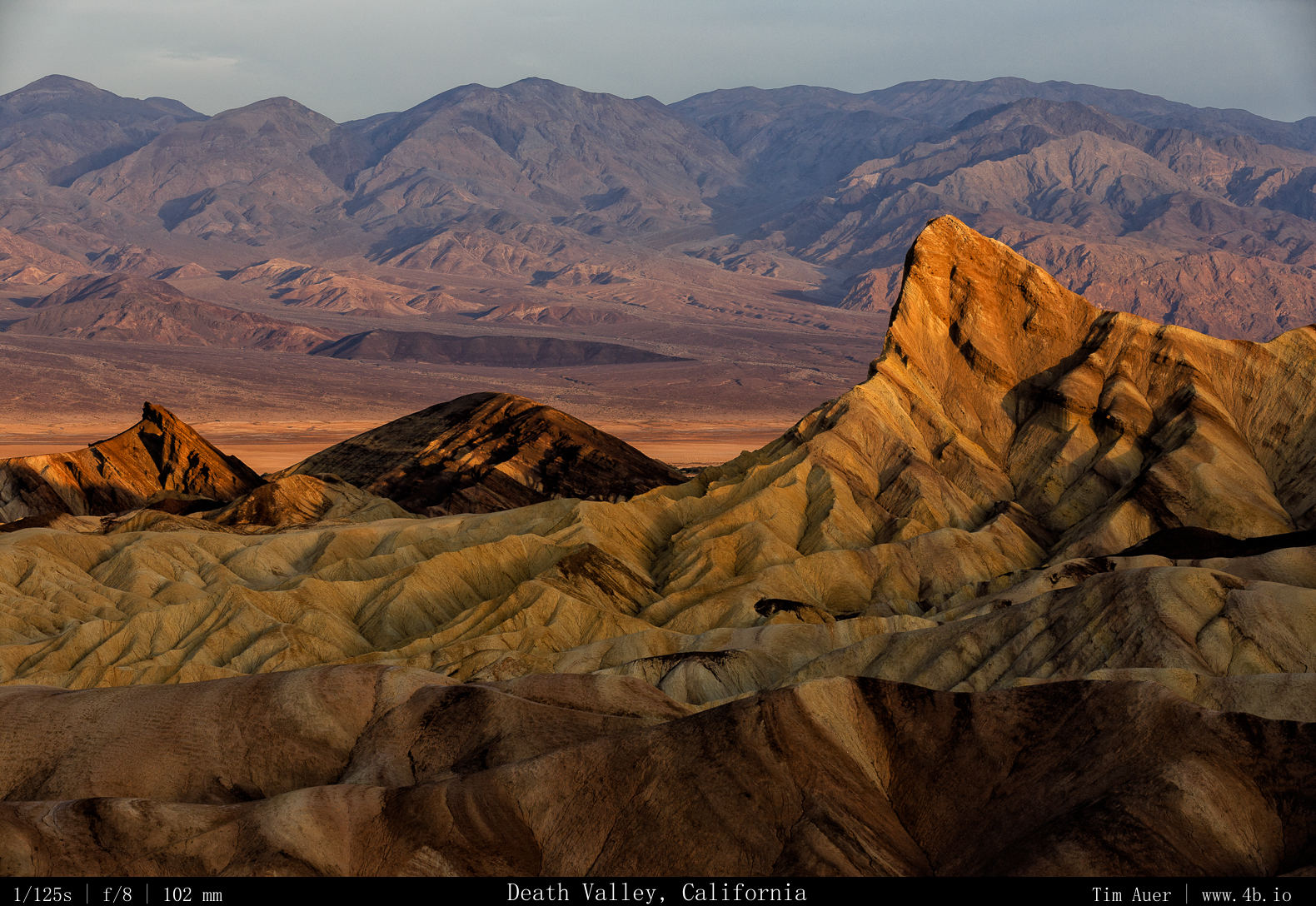 Memorial Day weekend: Desert Road trips was a nice way to kick off the summer shooting season, despite being a bit hotter than anticipated. This trip originally began as an astro centric one, with high speculative hopes that that Camelopardalis Meteor shower was going to produce.  After a hazy first night, and reports that the shower was a dud, I quickly changed gears to focus on rich quality of morning light in this part of the country.  It also had the secondary role to serve as a scouting trip for future visits.  This road trip took me from Mountain View all the way back to Death Valley National Park for the first time since visiting in 2002 with my family.

Death Valley is spectacular in more ways than most people realize. Especially surprising was the abundance of interesting wildlife within the park’s border to go along with the landscapes and night photography.  I had packed my 600mm for the trip, but didn’t really expect I would have much opportunity to use it.  I saw coyote, hummingbirds, kangaroo rats, and lizards. I also found a herd of feral burros wandering around. Which was cool to see. They are wild donkeys that escaped the miner’s camps from the Gold Rush era in the 1849-1900s.  I tried my best to find Sidewinders moving across the sand dunes at dusk/dawn, but they seem to be mostly nocturnal at this point in the year, as the temperatures begin to rise. At one point, my car thermometer read 121F (49.5 C).  It wasn’t the official temperature because I was driving out in the sun, but it was  definitely hot. There is something about the extremes of this planet that I, and many others, are drawn too. However, what is fascinating about Death Valley is that while floor is the hottest place in the world, it is possible to escape the heat (and photographically useless mid-day light) by driving up some of the canyons to higher elevations.  The high canyon walls on the road to Wildrose would hold their shadows long into the days and higher elevation had cooler temperatures that animals didn’t mind. These conditions gave interesting glowing backlights to the flowers and whatever animal subjects came out. So I was able to keep shooting all night, all morning and all day. I am already planning to go back there around the Fourth of July for my next “big weekend” trip. 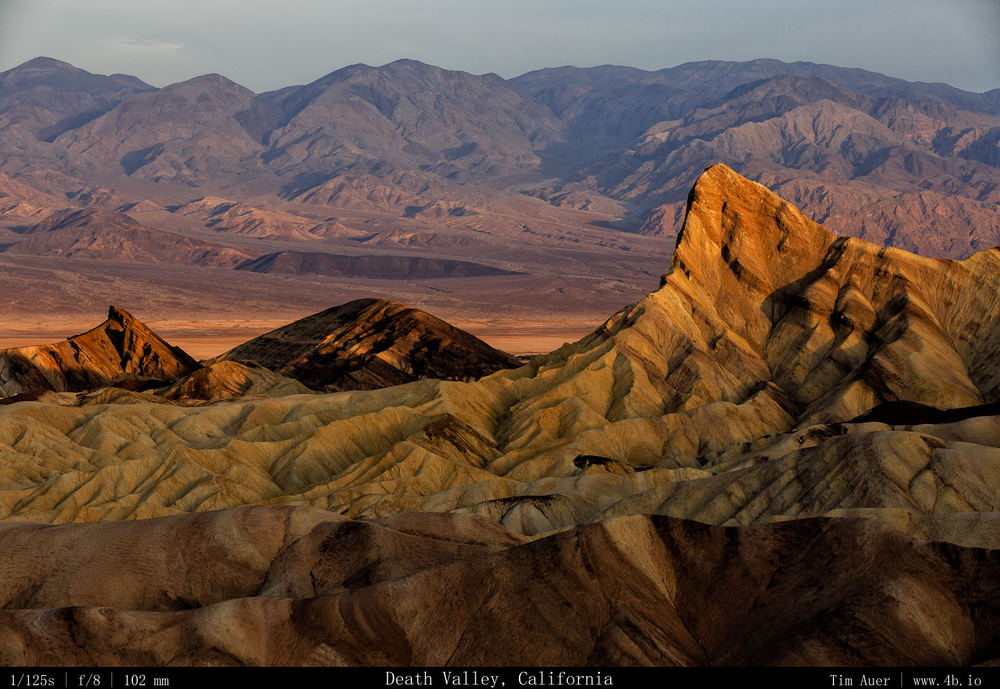 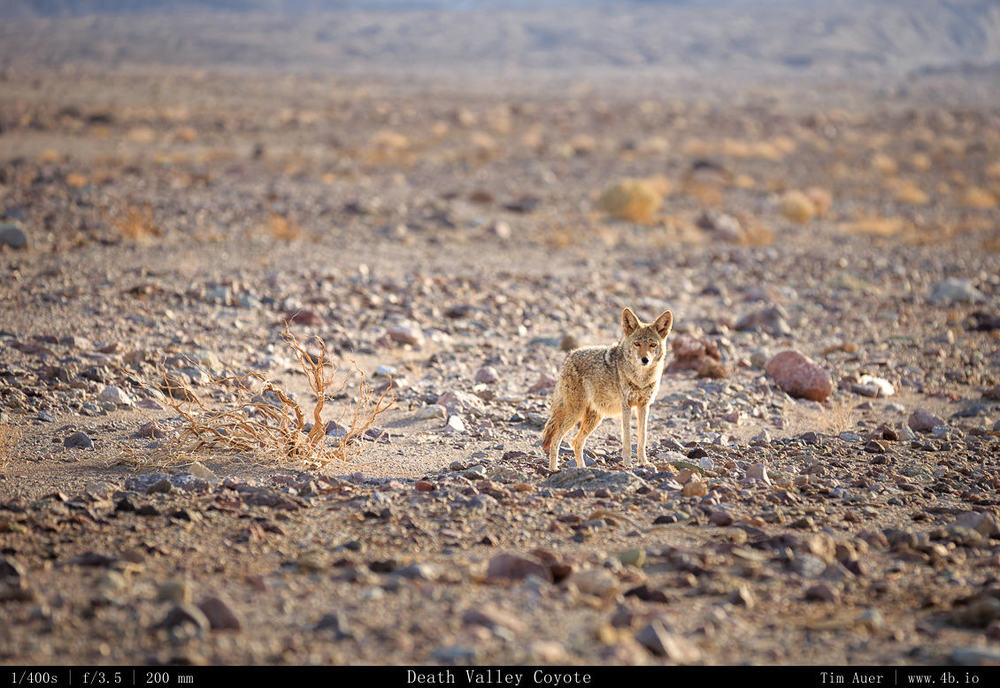 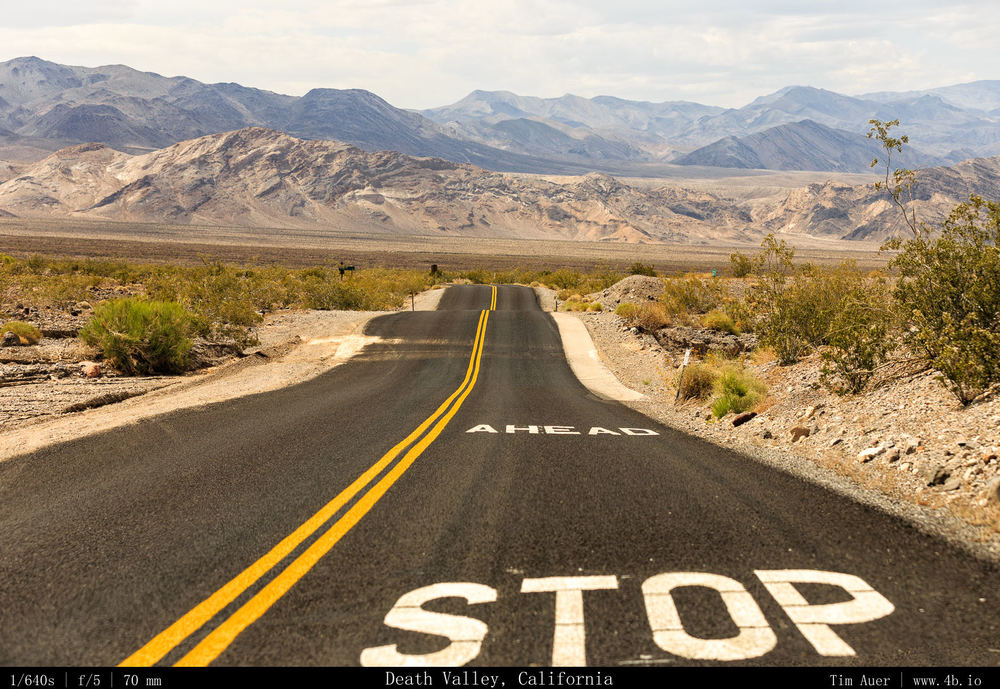 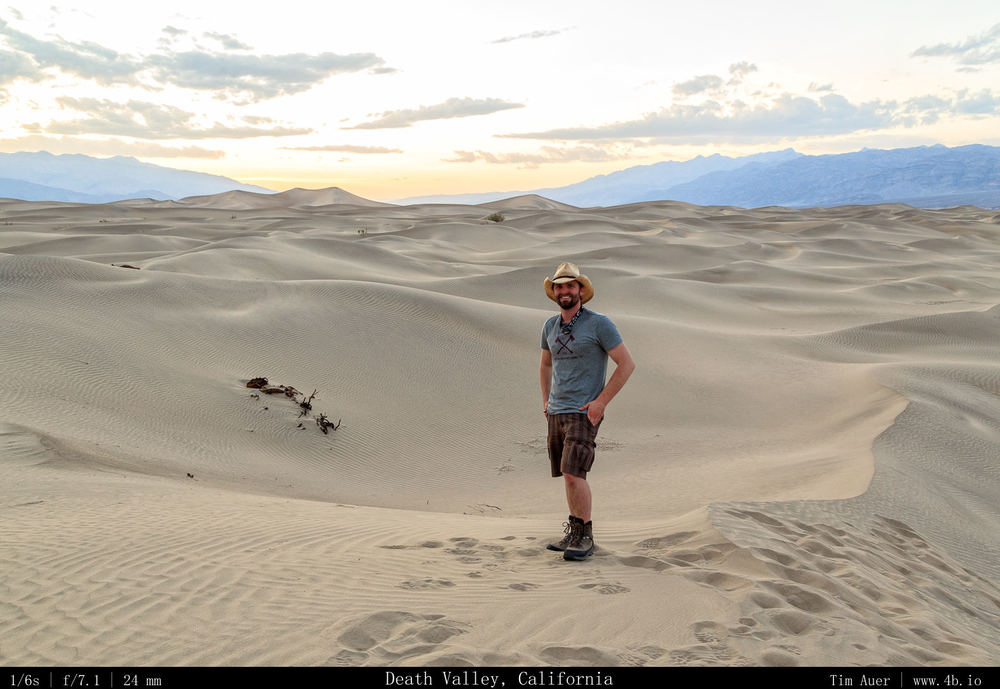 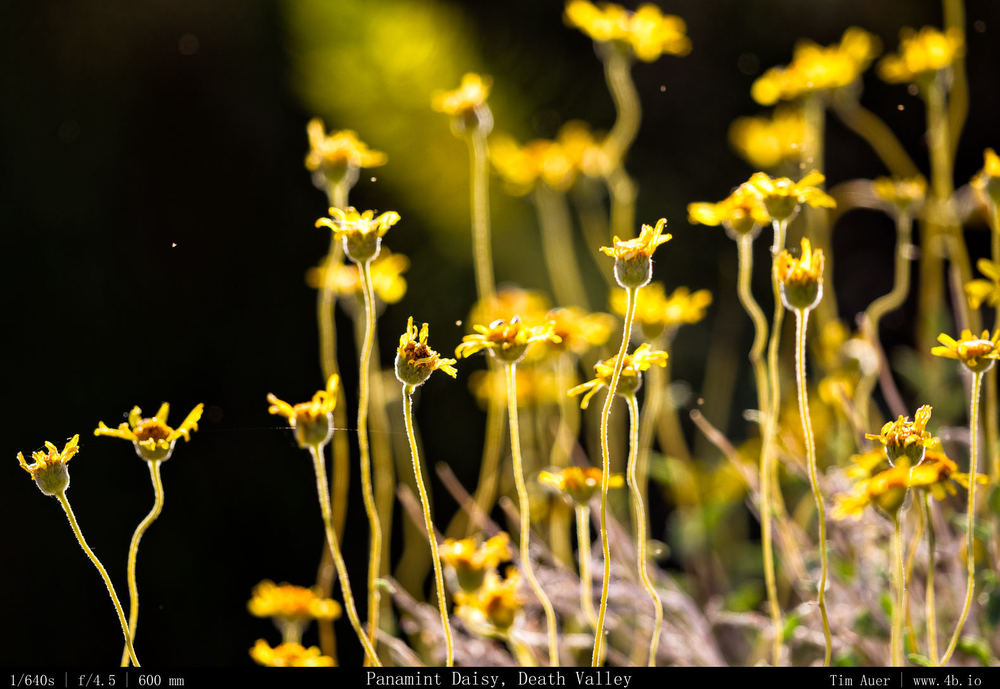 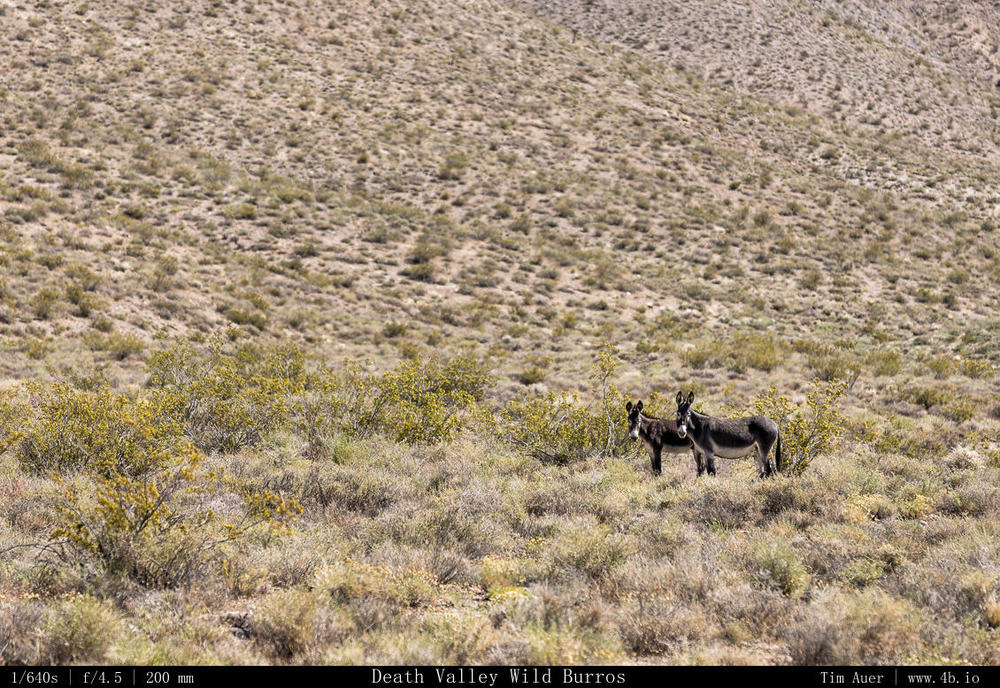 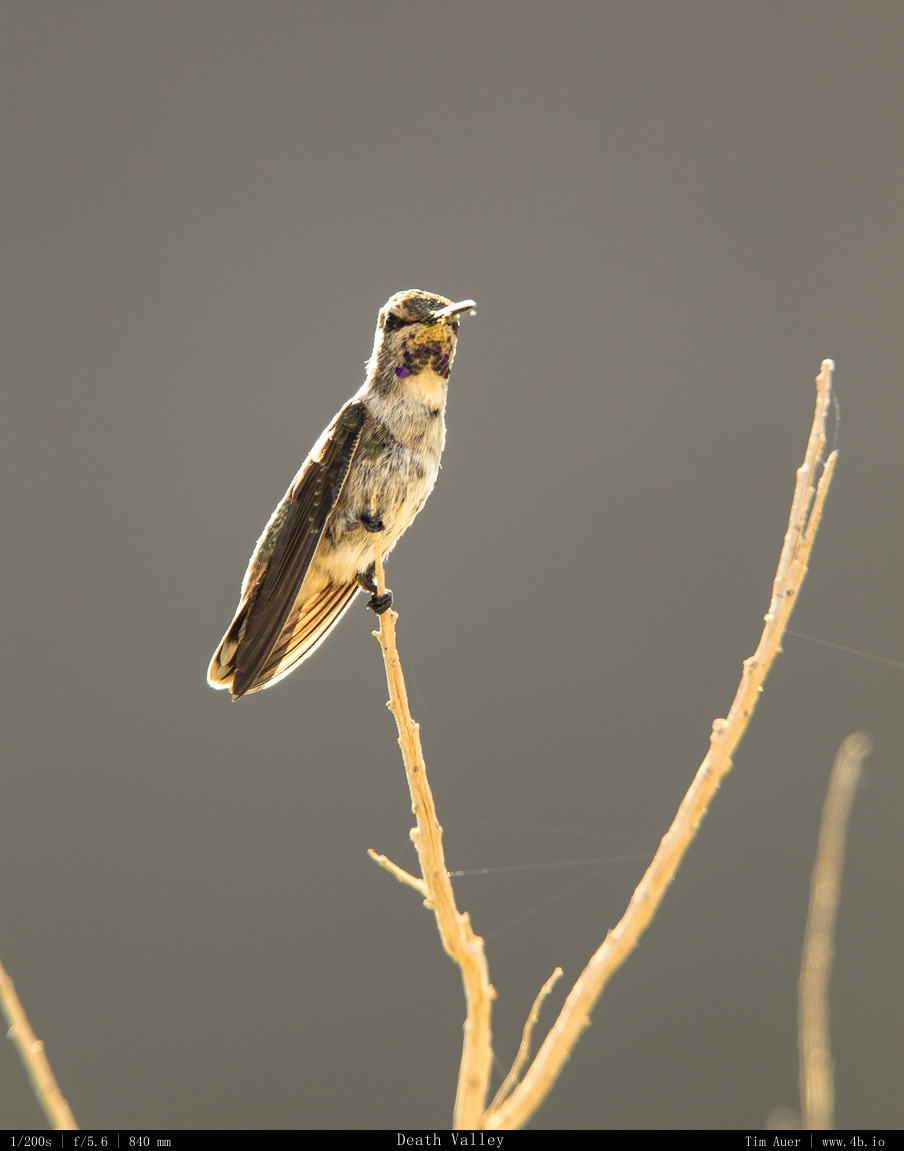 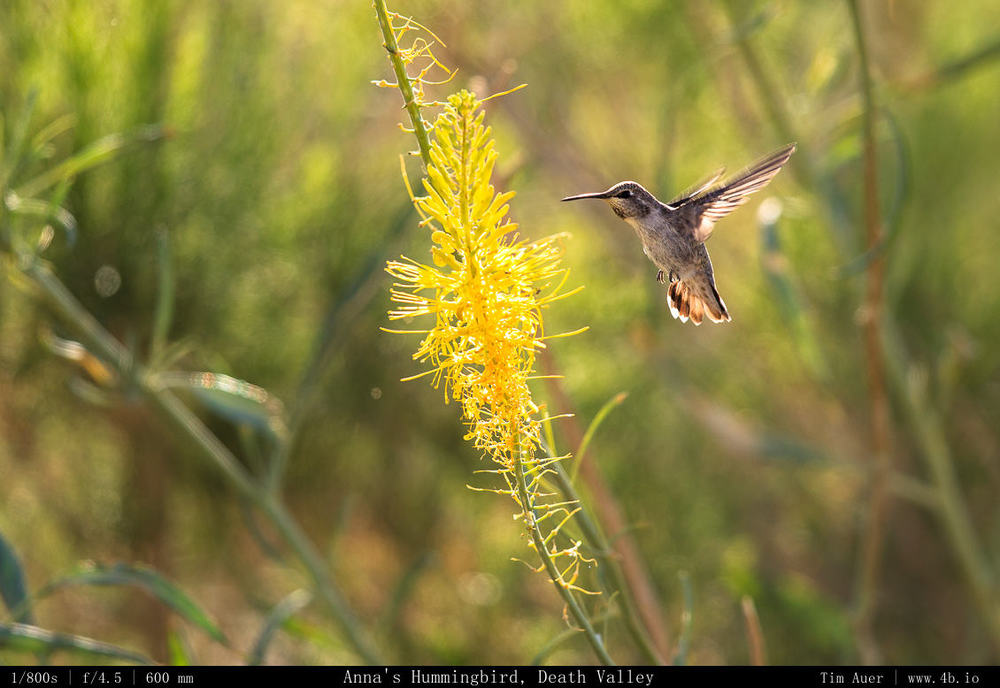 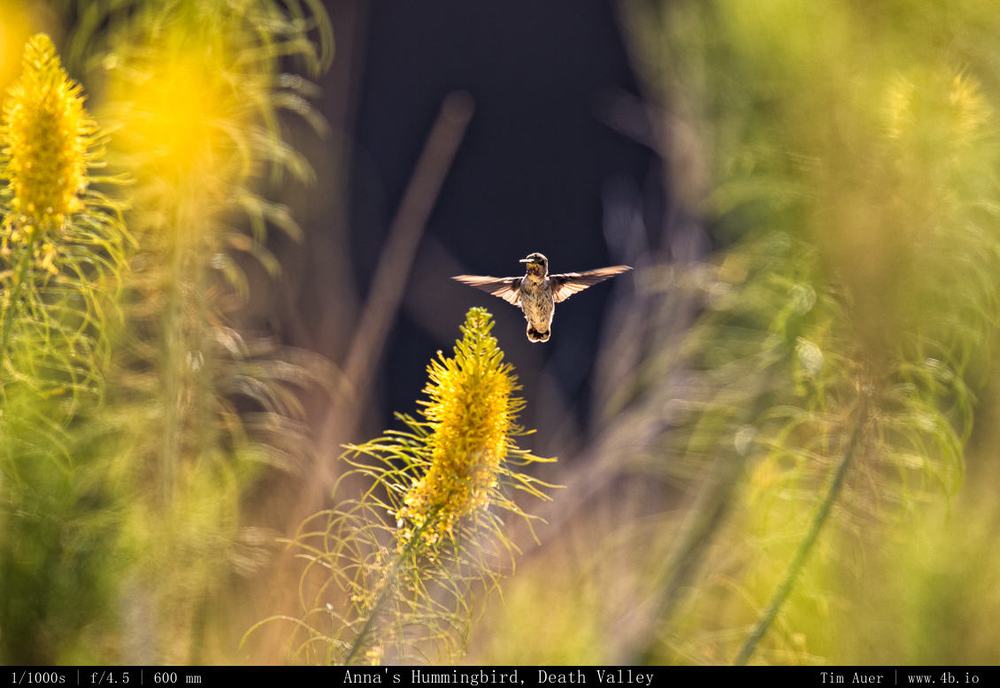 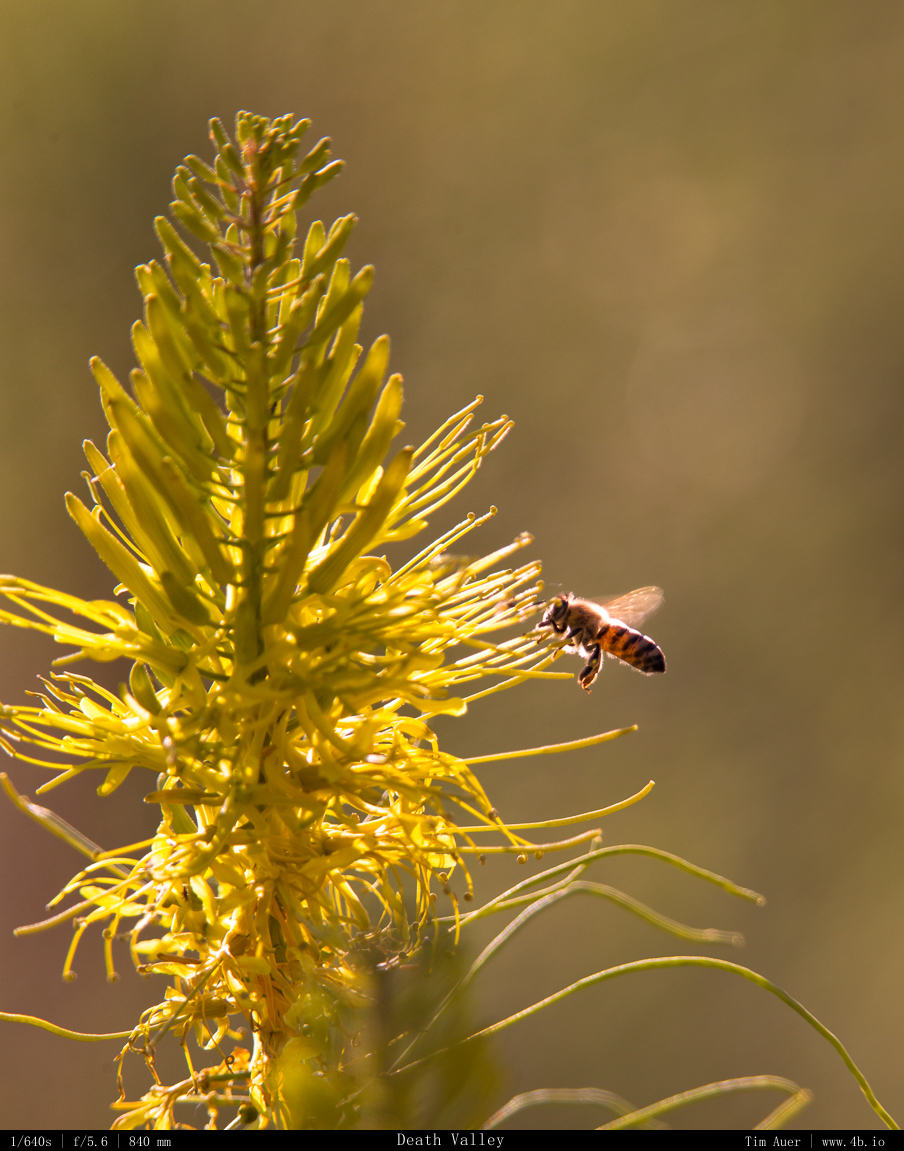 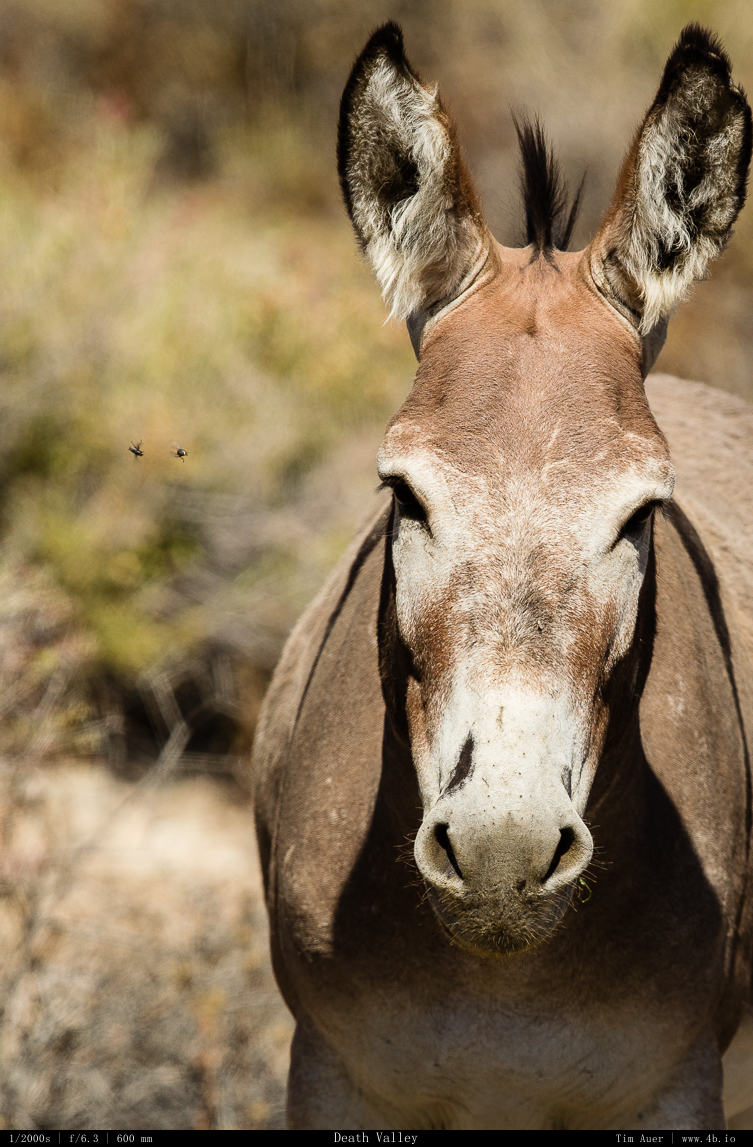